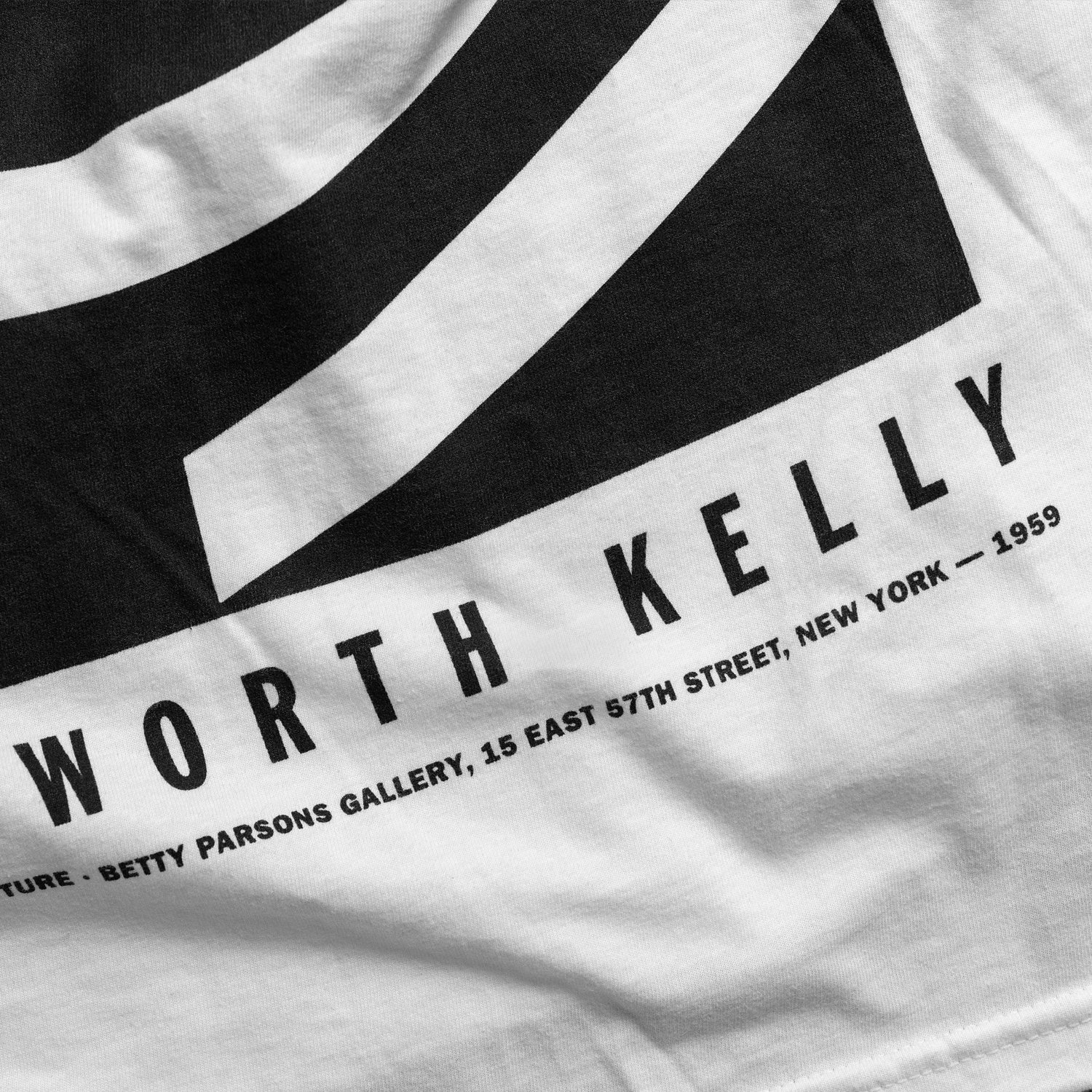 Kelly's very first New York solo exhibition took place at the Betty Parsons Gallery in May 1956 and received a tepid critical response for the artist's supposed European, pseudo-Expressionistic tendencies. His second show at Betty Parsons, in 1957, received much more favorable reviews. Three of his paintings from this show were selected for an exhibition at the Whitney Museum, Young America 1957. Kelly's selected paintings, including his much praised, and at the time revolutionary, Painting in Three Panels, were the standouts among the 30 artists represented at the Whitney. Kelly's career soon skyrocketed due to subsequent praise from the likes of Greenberg and Fried, but it was at Betty Parsons where Kelly received his first of several opportunities in New York to exhibit his work. By 1959, when his third solo show at Betty Parsons launched, Kelly was an established New York artist, showing regularly and receiving growing public attention.